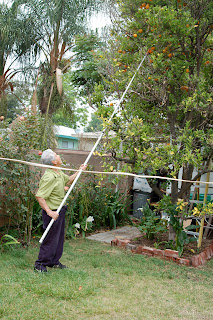 so nice...i've been looking forward to reading part II, and this was so sweet.