Several years ago GoofGirl came home from pre-school, proudly announcing with a seriousness that only a four year old can muster:


We are studying astronomy and everyone had to choose a favorite planet to learn about.  I picked Uranus.

Uranus is a gas giant.  Did you know Uranus has rings?

OK then, I'll continue.  Uranus is blue-green colored and most of its atmosphere is methane gas.

What is wrong with you. Get off the floor and back in your seat so I can tell you about the moons of Uranus! Why aren't you proud that I know so much about Uranus?

But that's the name of the planet, my favorite planet. If you can't discuss these things without giggling maybe you aren't grown up enough to study astronomy. 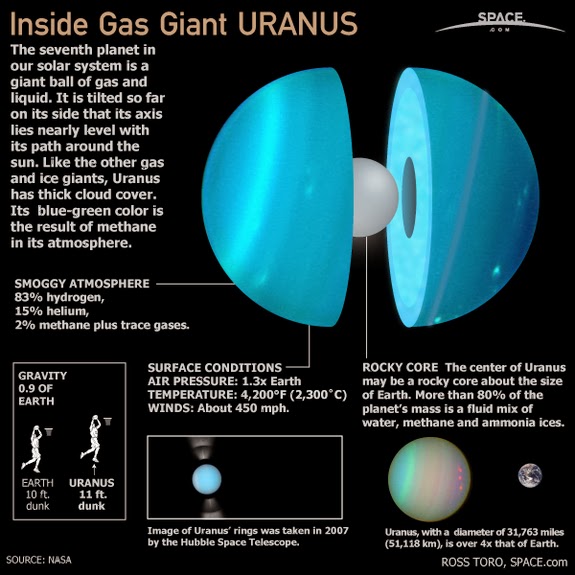 Poor thing - this dialogue reads a bit like a Monty Python skit. I feel her pain. You know, as you bear a bit of a likeness to John Cleese, that makes her the perfect Connie Booth!