FatherGoof has not been blogging much because he's been occupied with some real life stuff as well as some kid stuff (more on that anon). But Father's Day seems as good a time as any to get back to telling the world about my adventures in parenting.

Also, Father's Day made me think of a concept that crops up in my research on the Presidency - what renown scholar Richard Neustadt calls the shift from leader to clerk. Basically, since FDR Presidents have been a lot more powerful, but they are also expected to do something about everything. Before FDR, Presidents had a great deal more leeway to pick their areas of intervention (Coolidge famously took a nap every afternoon and believed most problems took care of themselves.) Before FDR the President had the option of exercising leadership. Now the option is gone and the President is expected to lead on everything. So while the President is more powerful now, he is really just a clerk rushing around serving everyone who demands his attention.

I thought of this on Father's Day as the day unfolded. My preference would have been to sleep in, workout, have beers with lunch and loaf - dealing with as little of anything as possible. But that isn't how things played out. GoofBoy wanted to take me to an Orioles game, and my family treated me to a big French toast breakfast this morning (bloated with French toast, unsurprisingly I did not workout). These are all good things, and I don't want to sound ungrateful, but they were not what I wanted. (My kids get plenty of my time on their terms, so Father's Day as a day off from parenting is a perfectly reasonable expectation.)


Of course, Dads get big breakfasts on Father's Day, so I had to have a big breakfast. Dads take their kids to ballgames for quality father-son time. So I took my son to the ballgame. (Yes, he proudly bought the tickets with his Bar Mitzvah swag. But I drove and had to manage the logistics.) 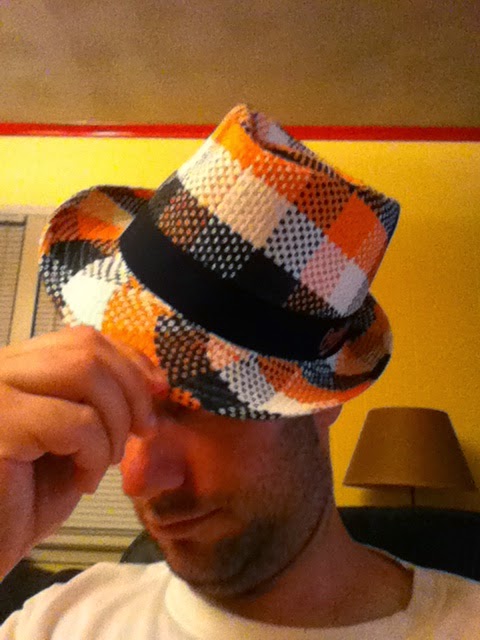 And that's the difference. As Dad, it has been my pleasure to take my son to baseball games (at my convenience) but now it is an obligation. Declaring that I want a giant French toast breakfast was my prerogative.  Now it is thrust upon me, as a virtual requirement. It brings the Leader/Clerk dichotomy home. Matters of discretion have now become duties. When I could generate the specials and surprises, I was DAD master of fun and adventure. Now I am but a driver on a pre-set itinerary. So if for presidents it has been a shift from Leader to Clerk, for me as dad it has been a shift from Shepherd to Chauffeur.

On the other hand, it was fedora day at Camden Yards, and I got this Oriole colored fedora and that's pretty cool.