We are pretty Jewish, so Christmas is not a thing for us. I actually had to go out of my way to make sure the little Goofs had basic information about Christmas since they live in a country where about 300 million people celebrate (I didn't work that hard, this primarily consisted of showing them Christmas specials and the terrific Will Ferrell movie Elf.)

In fact, we are so not into Christmas, we often can't even be bothered to do Jewish Christmas (you know, going to the movies and eating Chinese food.) This is for the best, since somehow this has caught on and everyone is doing it. While some may complain that this is ruining a Jewish tradition, I see it as flattery. In the United States Jews are, overall admired and respected, so everyone else figures if the Jews are doing it maybe it's a good idea. (Here's a rundown about our typical Christmas experiences.) 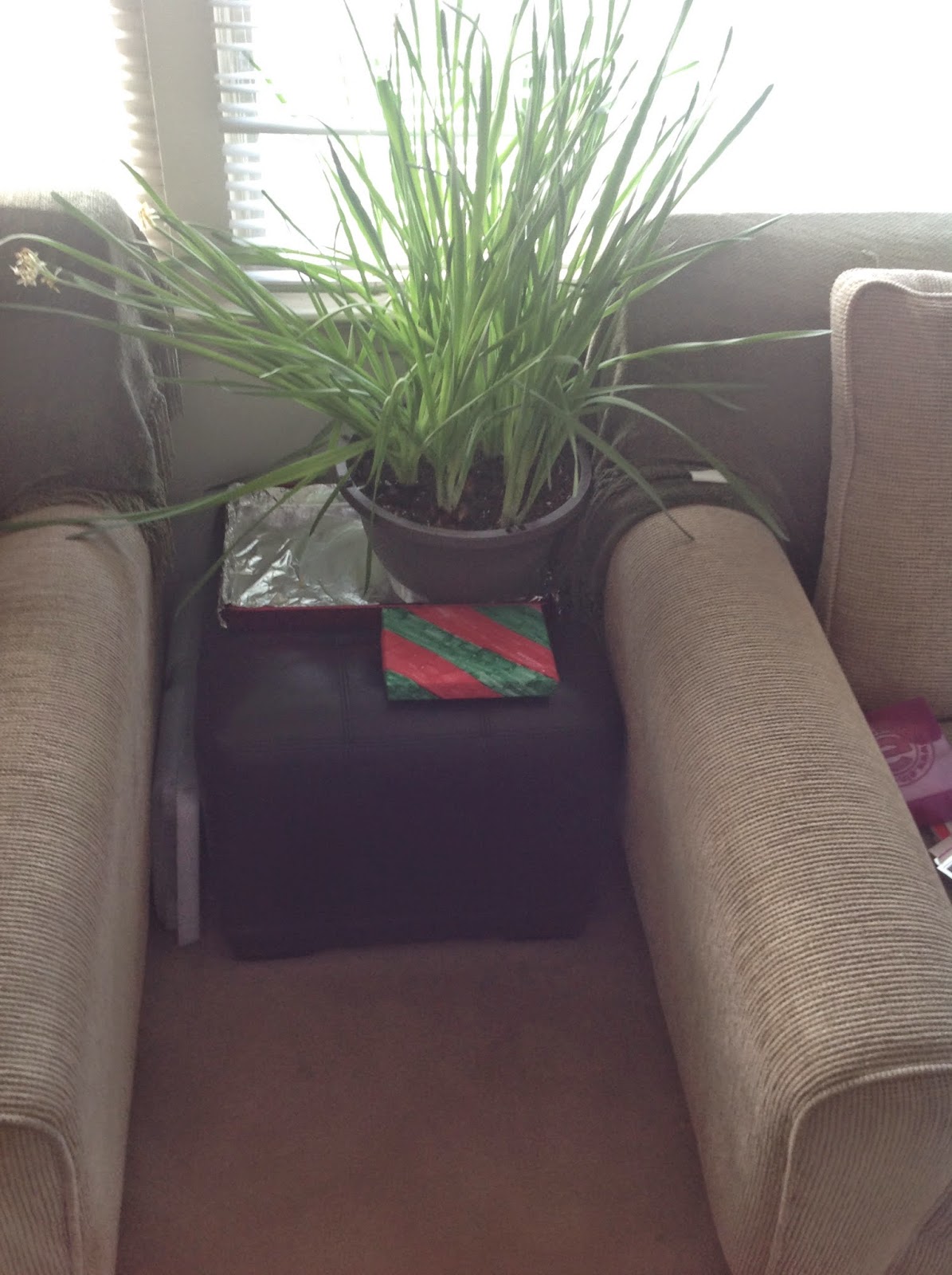 Anyway, I kept joking that everyone couldn't wait to wake up early this morning and see what presents had been left for them under the tree. This was ludicrous on a lot of levels, most notably that the little Goofs were coming off of eight days of presents (and thanks to China even cheap presents are pretty awesome.)

But GoofGirl, took my words to heart and wanted to make sure I got a little Christmas.

"Daddy, there's a present for you under the Christmas Tree!" she announced. "I made the special Christmas wrapping paper myself!"

So this year, I got to open a Christmas present. It was actually something of mine that she wrapped up, but the presents aren't the point. It was the spirit of Christmas.
Posted by Father Goof at 6:16 PM No comments:

Knee Football & Remembrance of Things Past

I recently mentioned GoofGirl's surprising prowess on the gridiron. She comes by it honestly, I too had a moment of glory playing football. Well, not football, knee football.

When I was in high school we had a gym teacher who combined the virtues of fundamental disinterest in the standards of his profession with a a great desire to be amused. He was a great football coach. But he was not interested in much of anything else. So rather than go through the standard gym (it's called phys ed now of course) stuff, he would either not pay attention to us at all. The class would just do whatever the hell it wanted - which seemed to primarily to be to throw a ball at me. FUN!

(I should add, this gym teacher inspired my first not-awful comedy bit when I took a stab at being a stand-up comedian: Due to budget cutbacks, the school had to let the football coach teach history. "The equator is the 50 yard line of the world!")

Or he would invent some odd activity to keep him interested. The best of these was knee football. He had the class line up by weight. (I was towards the bottom, weighing in at a solid 108 pounds of raw hormonal nerve.) We then counted off, odds on one side, evens on the other. Knee football is football, but played on wrestling mats and well, you move about on your knees, and tackling can turn into wrestling.

The gym teacher would call out a range of numbers say, 4 through 9, and the guys who counted those numbers would come out - on their knees, odds vs. evens - and play a round of football.

For some reason, that simply boggles the mind, I was fantastic at this game. I caught passes, I wrestled kids down, and I was surprisingly quick running across the floor on my knees. I was called out for three plays and I scored a touchdown each time.

I might have been because I was mostly going up against the other skinny weak non-athletic kids. I don't know. But it was a glorious day.

A sport at which I excelled, no matter how inane, could not be allowed to exist in the world.

Years later, over dinner, I was telling my family about it. They harangue me for stories of my youth, which are we funnier than the youth they are actually living. So I told them about knee football and how awesome I was at it!

Mama Goof looked at me and said, "I wish I had known about this."

"Because it makes me even more awesome," I suggested.

"No," she replied, "I would never have married anyone who played knee football. It sounds so weird."
Posted by Father Goof at 9:43 PM No comments: