Stand-up comic John Mulaney has a great bit about Ice-T on Law and Order SVU. Since MamaGoof is such a huge SVU fan, I thought I’d share it with her. It was after dinner, GoofGirl had gone to bed.


Much to my surprise, she knew a great deal about Ice-T. He apparently had a reality show and a new young wife. As MamaGoof told me this I realized, Ice-T is her celebrity crush (possibly along with Christopher Timothy who played James Herriot in BBC’s All Creatures Great and Small.) Mama Goof denied it of course, “I just watched Ice’s reality show for one episode. Of course her calling him “Ice” said it all.

She quickly turned the tables, “Who’s your celebrity crush?”

No denying it, I won’t even watch Jason Sudekis vehicles because he played her boyfriend on 30Rock. But there are others, plenty of others.

“Pebbles from the Flintstones was one of my first.”

“What dad? She was a baby and a cartoon! That's weird!" 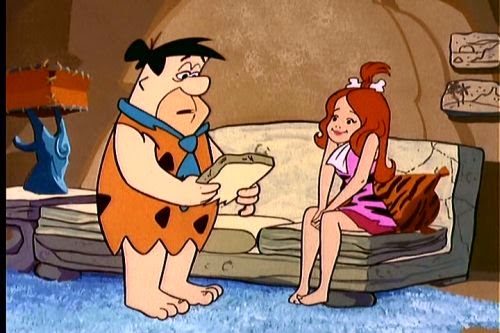 “No the Pebbles from the later episodes when she was grown-up and dating Bam-Bam. Besides I was just a kid - I’m not that weird."

Let me just add, I was ten and if you look at this picture of grown-up Pebbles I don't think I was so crazy.

There was Electra Woman and Dina Girl, Batgirl, and Linda Carter's Wonder Woman.

And then there was Robin.

"Not she. Robin Yount, the Brewers shortstop, you know, the signature in my baseball glove." 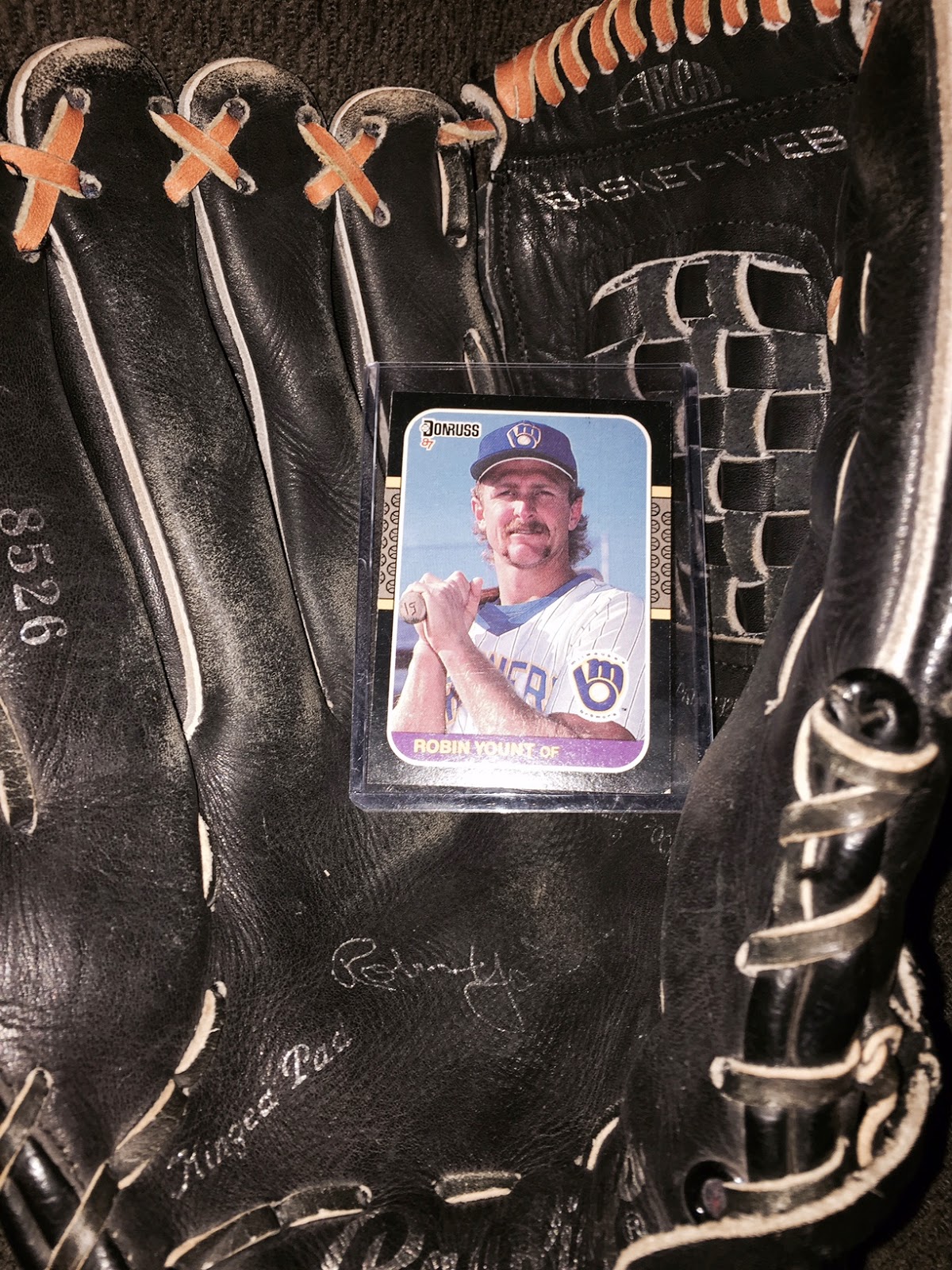 "Dad, this is kinda weird."

"OK, just to be clear, it isn't like I dreamed about him. Well, once. I dreamt I was at the game and he hit a home run and 'Your Wildest Deams' by the Moody Blues played over the stadium sound system. That's it."

"Look, the man had 3000 hits, switched positions from shortstop to centerfield - won MVP at both - the only player to do this. I'm pretty comfortable with this."

"But, but," MamaGoof sputtered, "What about Eddie Murray and the Orioles?"

"Oh no, they were like gods to me. They were beyond crushes."

"Yea, but if it was just about the mustache I would've been into Rollie Fingers."

"Dad, please, please stop talking until I can get upstairs, into bed and smother myself with a pillow."

The next morning, sitting as I was getting my coffee I mentioned Pebbles to GoofBoy who begged me to forget everything. GoofGirl cried angrily, "I miss everything good!"

Her brother reassured her, "No, really, you didn't. It was horrible."
Posted by Father Goof at 9:02 PM No comments:

UPDATE: Before you read this. A lot of you are my friends. I like your kids! Sincerely, despite all the crazy stuff I say. They are great kids. As are mine. And I do not exclude my own kids here. So don't get mad at me or anything, please. When you think about it, we've overall done a great job with these kids - but we missed this one thing.

In a thousand ways, today's kids are wonderful - so much better than I remember my friends and I being at the same age. They are kinder, more thoughtful, and more considerate. Somehow though, we forgot to teach them table manners.

On a family trip we met with an old friend of mine from school. Our families met. His kids were wonderful and so very sweet. His son earnestly proposed that they build a second story on their house so we could move in with them. I also saw him fold a sausage patty and dip it, with his hands, into the little syrup pitcher.

The little Goofs are better - because I yell at them constantly. But still, using silverware isn't quite second nature. You can see they have to think about it at every turn. Too often, when they can't solve the food to face problem with silverware they resort to hands. Maybe placing food into their fork with their fingers or "forgetting" to use a fork. Large chunks of food are simply speared and eaten with pieces bitten off. When I remind them to use a knife they hack ineffectually as though I sent them out to job wood. I'm pretty sure by the time I was in my double digits I was cutting my own food on a regular basis.

Children who can perform complex operations on two electronic devices simultaneously cannot manage to use two pieces of silverware in conjunction.

Even when they are using the silverware it is awkward. Forks come to mouths along strange vectors that same likely to result in spillage. I believe they are trying to have accidents so I will recognize that hands are just so much more efficient than silverware. But I won't back down.

I really don't want to give the wrong impression. The kids I'm talking about aren't barbarous eaters, throwing food around. And their eating habits are excellent. The little Goofs insist on vegetables and most of their friends will eat a good helping of vegetables without complaint.

Maybe it is our fault. A diet heavy on chicken fingers, pizza, croissants, and carrot sticks lends itself to hands, not silverware.

And they are great kids. I guess it is a good trade-off - table manners for social manners. But was it a trade-off that had to be made?
Posted by Father Goof at 6:31 PM No comments:

When I was little, people would ask me what I wanted to  be when I grew up. I told them I wanted to be a gaucho.

"They ride around on horses with lassos and herd cows," I'd explain cheerfully.

"Oh, you want to be a cowboy!" which made sense, because that was the kind of thing little boys wanted to be.

They would sigh, wishing they hadn't started a conversation with a little boy that was taking too long and preventing them from re-filling their gin & tonic. As an adult I've learned that conversations with clever children are over-rated.

"What you said sounds like a cowboy. Is a gaucho a word you made up for cowboy?"

"No, it's an Argentine cowboy. They ride the pampas!"

At this point the adult would nod and wander off. If they asked why I wanted to be an Argentine cowboy,  I was ready with answers. (I liked the outfits and wanted to live somewhere in a place where water went the opposite way down the drain.) But they never asked.

Anyway, that dream died when I realized I'd have to learn Spanish and that seemed pretty hard. So I decided to be an archeologist. Playing in dirt and discovering treasure seemed like a good career (this was before Raiders of the Lost Ark.) But then I learned archaeologists have to go to school for a long-time and often have to spend their time in bug-infested environments - and rarely find treasures and get rich.