Today I present part 2 of Leopard Detective, the story I wrote the little Goofs while they were away at summer camp. You can read part one here!

Alone in the morgue with the fresh corpse of David Goldman, I knew what I had to do. But I hesitated. Mohammed had prepared the body as necessary. My “procedures” made quite a mess. Mohammed had mastered the art of both preparing the body for me and, when necessary, making it presentable after I was finished.

I read the search results on my phone. Goldman was typical in some ways, different in others. He had held jobs in the government and was an international trade lawyer. Happily married with three daughters, he did a fair bit of pro bono legal work. He had an autistic brother and volunteered to work with autistic children. A remarkable life in many ways: but not even a hint as to why he would be murdered.

I went close to the corpse and nuzzled, smelling deeply. There was the acrid smell of gunpowder, the metallic dried blood, and his own pheromones of fear and shock. I smelled people, several women – not strong, but present – the wife and daughters, and there was another person, very faintly. 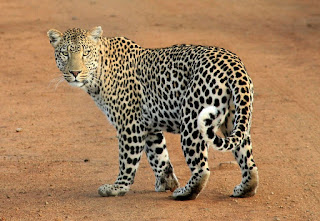 There was nothing for it. I could delay no more. People see what I do as horrible and disgusting. The physical act, for me, is normal. I am a predator, devouring
the edible part of my prey is what I do. My hesitation comes from the aftermath. As I lifted my head from Goldman’s skull his entire life flashed before my eyes. There was his wife in a swimsuit at a beach, her hair wet, laughing, and slowly fusing with Botticelli’s Venus. Then his daughters were mobbing him on the couch and tickling him. Then his brother, as a teenager, smiled, pointed, and said, “My brother!”

I stumbled a bit, but landed on my feet. I am a great cat. Then I lay on the floor and let the life of David Goldman pass through me. Moments of great joy: his wedding and his children. And there were also moments of tremendous sadness, the recent death of his parents – and of his brother years ago. It is this that I cannot bear, why I hate what I must do. But it also moves me, for I now know this life and want to punish whoever ended it.

A life does not flow before me in any sort of order. But I caught a glimpse of the end and let it wash over me. He was at his desk. The family was away. A man came in, he was startled, but recognized him – barely. The man had a scar on his right cheek, somehow it fascinated and froze him – an evil eye. Goldman was surprised, could not move. The man asked, a pronounced Russian accent, “The shell corporation? You can overlook this?”

Goldman, stammered, “No, I really cannot.”

The man with the scar said, “You are an ethical man?”

Goldman, frozen and focused on the scar, nodded.

“I’m sorry,” the man said. Then the gun appeared. There was a blast, a sharp pain, and then darkness.

I was not done. I turned the memory around. He recognized the man with the scar. A big meeting a few days before at his law firm. He had called it, an anomaly, something was wrong. There was some sort of shell company that should not be there. From his memories I could not grasp the ins and outs. It was a Norwegian fishing conglomerate. He knew most of the people in the room, some well, others only a bit. He reported the finding and everyone agreed it was unacceptable and would have to be addressed before the deal could proceed. The man with the scar sat in the back, saying nothing. He wore the same things in both memories, a Navy blue suit and a light gray shirt, no tie. Goldman only noted that he seemed different from everyone else, apart. He meant to ask secretary to find out who he was, but he forgot. His eyes kept wandering to the scar.

That was everything. I sat, maybe for a few minutes, maybe for hours. Memories move outside of time, as I digested his life. I cannot shed tears, but I wished that I could.

Finally, when I was ready, I spoke to my phone, “Text Detective-Sergeant: You may come in.”

When they returned, Mohammed went to the body and began to prepare it for the funeral – restoring Goldman to the man his friends and family loved. I told Franklin and Nguyen everything I had learned. I did not mention the scent.
Posted by Father Goof at 11:04 PM